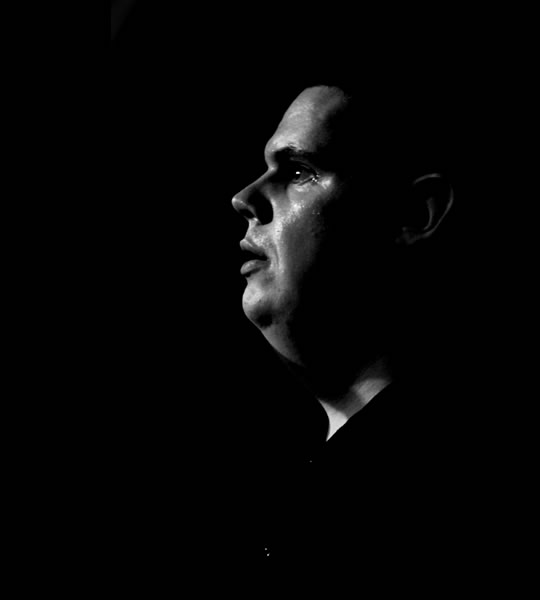 Tiger Moth Tales is essentially the brain child of nottinghamshire based musician and writer Peter Jones, who has been involved in the music industry performing around the UK and recording his own material since the late 90s.

Pete was born on October 6th 1980. At fifteen months Pete lost his sight due to Retinoblastoma. From an early age he was into all things musical and at the age of four had his first piano.

"Music has always been a huge part of my life. How much of that was influenced by my sight loss it's impossible to say, but i've always had a knack of picking up music by ear pretty quickly." (Pete)

Throughout his school years he took part in all kinds of musical activities ñ school plays, music festivals and concerts. One of the highlights of his young life was winning the junior final of BBC’s ‘Song for Christmas’ in 1988. Around this time he started to be aware of the music in the charts and was also influenced by music his parents listened to. Artists such as Phil collins, Paul McCartney and George Michael were big influences, along with bands including Queen, Genesis, the Beatles and the Carpenters.

Peter composed from an early age, usually in the form of improvisations which he would capture on his cassette recorder.

"I would often write songs or instrumentals around a story or event. Sometimes these could be quite long pieces with unconventional structures. I suppose I always had a free form approach to composing, and although I didn't know it at the time, I was writing music with progressive leanings from the age of eight well in to my teens." (Pete)

He specialised in the piano and recorder, achieving grade 8 in both. Other instruments include keyboards, guitars and bass, alto sax, whistles and various percussion. Also he became more confident with vocals and throughout his later school years he fronted various bands and gave many solo performances.

By the time he completed his A levels he was gigging in local venues, performing pop covers and a few original songs. His writing style had moved more in to a conventional pop genre, though he experimented with many styles both modern and classical.

On leaving school in 1999 he formed the successful duo ‘2 to Go’ with friend and vocalist Emma Paine. Over the next ten years they became one of the most successful duos on the circuit performing at clubs and corporate events around the UK and abroad. During that time they were finalists in the BBC's Star For A Night in 2001 and ITV’s ‘The X Factor’ in 2004. They went on to appear in the National Arena X Factor Tour which followed in 2005.

Pete continued to perform as part of 2 to Go and as a solo performer. He also wrote and recorded many original works. In 2010 Pete had his first official album release with "Look At Me Now". This self penned and produced album was a collection of songs from the previous 10 years, including different Genres but with an overall adult contemporary feel. Look At Me Now enjoyed good sales online and also on the road, and the plan was to start work on a follow up album in a similar vain.

"In various interviews and responses to fans I said that I was looking at putting out a follow up album at the beginning of 2012. But in reality I was suffering from writers block in a bad way. After several failed attempts with record companies to get my music noticed I wasn't sure what my next step should be. Producers and A&R people I spoke to always wanted to pin me down to a particular sound or genre, but I didn't want that. However, I started to doubt myself and the writing pretty much came to a halt." (Pete)

At the beginning of 2013, Pete started work on a new project. This took the form of a concept album, and it was the first progressive music he had written since he was a teenager.

"The idea was to try to recapture the freedom of my childhood compositions and to write something just for myself without conforming or any idea of even releasing the material. I had a theory that if I could just enjoy composing for the hell of it, then maybe that would reenergise the writing process and I would be able to go back and finish off the album I was supposed to be working on. But then the prog took over." (Pete)

Throughout 2013 Pete continued to write and record new progressive music and by October 2013 "Cocoon" the new album was complete.

Cocoon is a concept album on the subject of Childhood, and coming to terms with the loss of childhood. The journey goes through stages of Innocence, joy, imagination, stories, friendship, love, nature, nostalgia, grief, acceptance and rebirth.

"It all happened by accident really. One day I sat down to try and write a song, and ended up with the beginning of a prog song about Trumpton. I had no idea what I was going to do with it, but as I tried to focus more on conventional music, I kept getting more and more ideas about songs on childhood subjects and in my head it was all prog. It seemed there was nothing for it but to see the thing through and see what happened." (Pete)

The album which has had very promising initial responses will be released under the band name "Tiger Moth Tales". The new name follows Pete's decision to continue writing in the Progressive genre.

"The name Tiger Moth Tales comes from various references, one of which is from Steve Hackett who is one of my biggest influences in this field. Having written the album, i've turned on a creative tap which I thought had run dry along time ago, and i'm already working on ideas for a new progressive album. It seemed like a good idea to have a band name as it clearly differentiates between my prog output and the pop stuff I brought out before and who knows may return to some day. On Cocoon I pretty much did everything from start to finish, but it would be nice to collaborate and include other musicians in future albums, so a band name feels better from that aspect too. It allows room for expansion." (Pete)

This breath taking new album is a departure from Pete Jones' previous output, but also a return to the music of his youth and the free form ideas which used to fuel his compositions as a child. Anyone who has fond memories of their childhood will appreciate the feelings and emotions captured in this fresh, yet timeless piece of writing. Cocoon is a new and stunning addition to the Progressive music world, and there is more to come from Tiger Moth Tales. Pete Jones has already returned to the studio with new ideas. Watch this space!